Come on, guys! It’s a shoplifting case and we want you to understand its seriousness.

So, this robbery case took place in the Tesco market in the city of Rugby, England. it was a bad day for the store owner because somehow the robber managed to get in the store, pick up the item but an unexpected thing happened which I am sure the robber did not plan. Can you guess what happened?
Oh, he slept. We know you didn’t saw this coming.

And you know, what is the greatest revelation. Who’s the thief? He is none other than a hungry cat who keeps on invading the same market. Also, the store owner was so kind that is why no complaints were made to the police.

Get ready to meet your idol, as I introduce to you, this chubby Cat who strolled into a supermarket, stole some dinner, and then had a little nap. 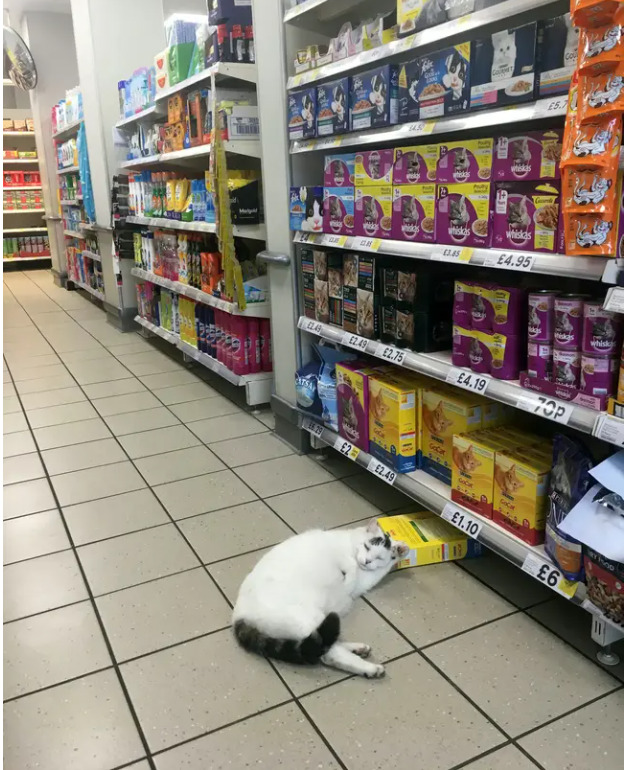 Melanie Morris-Jones, 39, who saw the cat said she had to a double-take when she turned into the aisle and saw him chilling out on the floor.

She said: “I had just popped into the Tesco to get a drink and some food before work.

“I came across the cat just lying there next to the box of cat food it had knocked off.

“It had clearly tried to go for the food, but I don’t know it must have just given up.”After coming across the four-legged would-be-thief, Melanie did the right thing and told a member of staff, only to find that they weren’t too concerned. 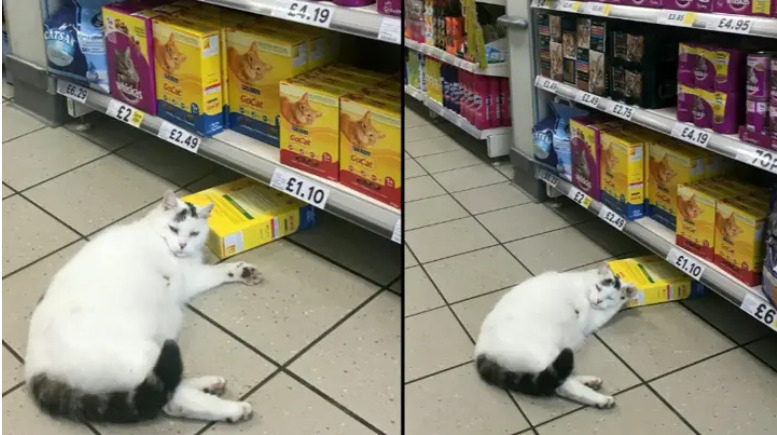 I asked the cashier if she knew there was a cat lover in the pet aisle,” she added. 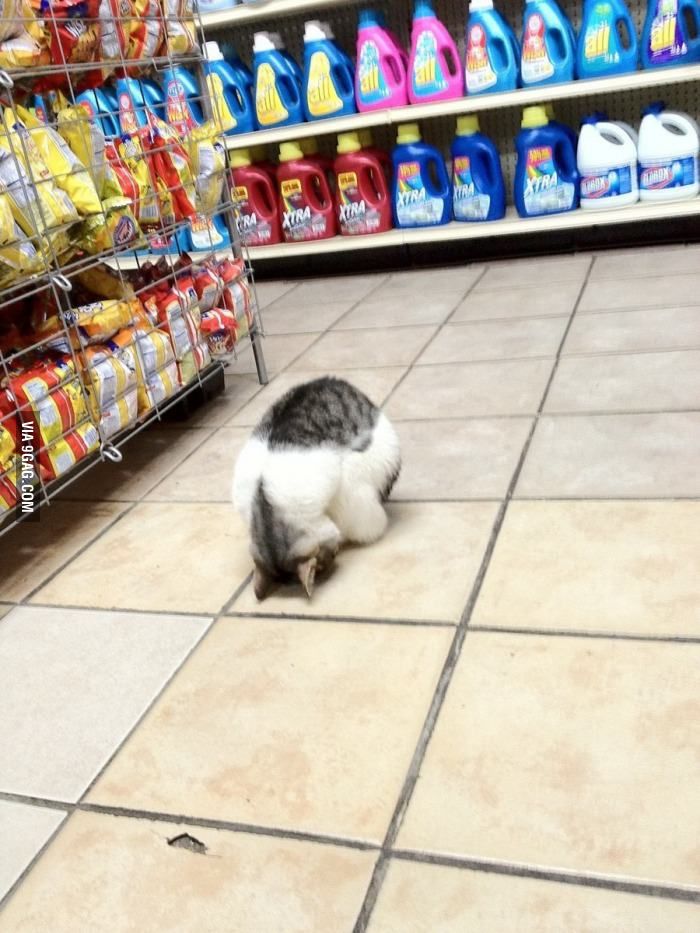 “I’m not sure who owned it – but it was completely chilled out. The cat looked like it didn’t even care.”

As it’s not the sort of thing you see every day (unless you happen to work in that branch of Tesco, apparently) Melanie took some snaps and shared them online, where they quickly went viral.

Melanie said: “The fact that it was lying there was really funny. I had to take a picture and post it on Facebook.

And it went crazily viral all over the internet.

The cat looks very cute when they sleep. 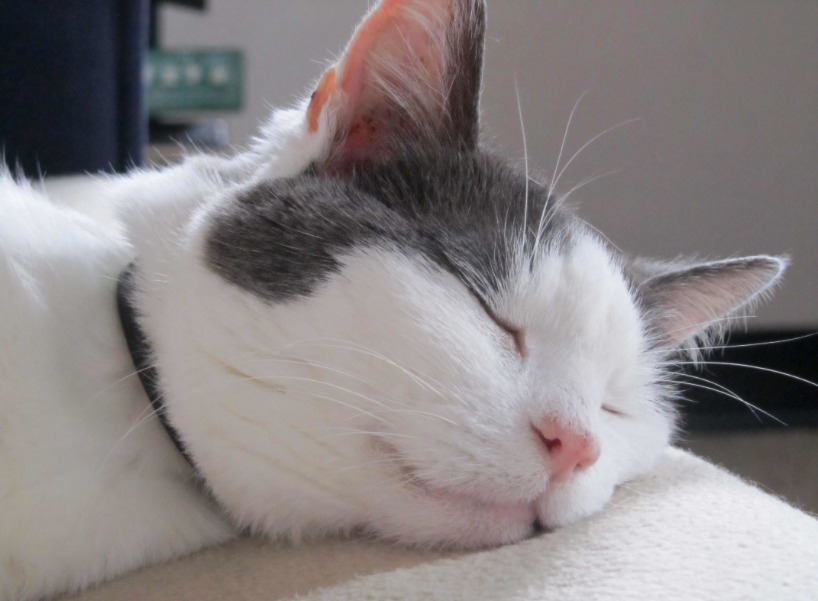