Dogs are not very fond of delivery people. Most of the time, they shout at the mailman thinking that he is a trespasser or run after a FedEx truck. But it is not always the same, sometimes they get along with each other very well. Many of these delivery men actually love the dogs and take great pains to make sure about their safety. Here is an incident of a delivery boy who went a step ahead by rescuing a dog drowning in icy cold waters. The name of the UPS driver is Ryan Arena and he belonged to Bozeman, Montana. 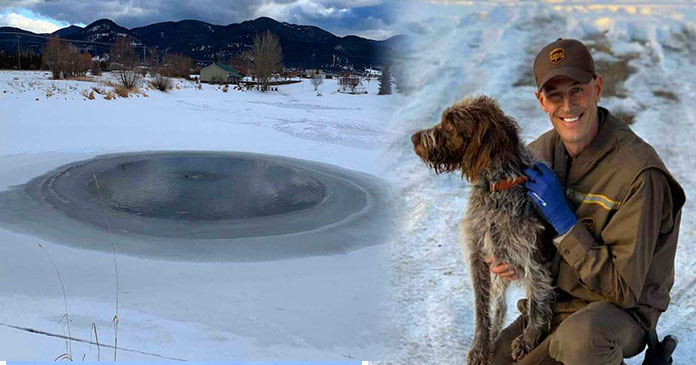 Last year he made a delivery which was quite unforgettable for him. As he was going to deliver a package, he heard the cries of a dog. According to Ryan, the dog was screaming and crying a lot and then he saw the dog trapped in the water with ice all around him. Immediately he went to save the dog as he felt the dog would not be able to come out herself.

When he went there, he saw an old man was unsuccessfully trying to help the dog with a rowboat. At first, he decided to use the boat but the boat crashed into the icy water and he decided to swim for the dog. He was able to successfully save the dog and the timing was perfect as the veterinarian later told there were chances of a dog going into a cardiac arrest. 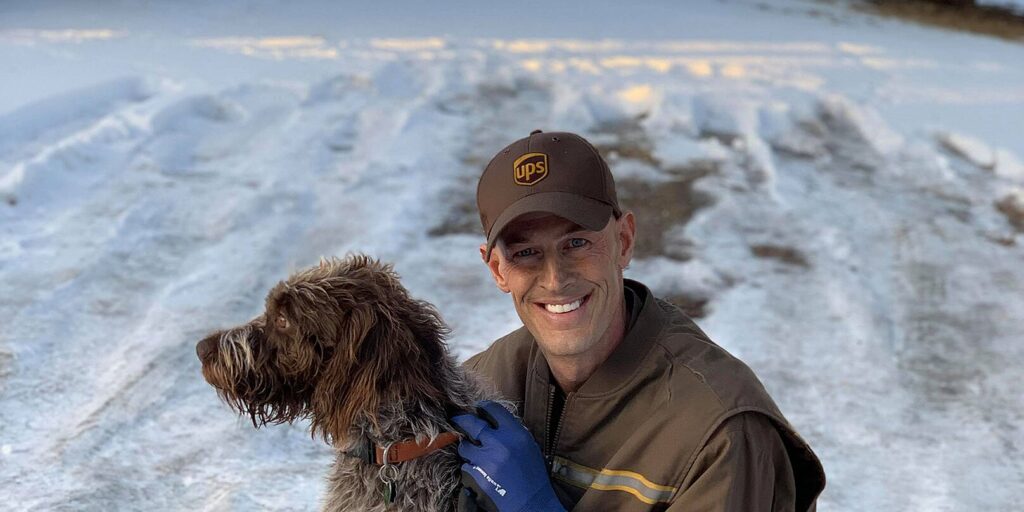 After that, he took the dog back to that rowboat man’s house. Ryan got huge praise for his efforts and people called him a hero for this act. This world needs more people like him and we thank Ryan for his bravery.